Wedding in Verona: A Sand Art Show for Ema & Riccardo

A wedding in Verona dedicated to positive energy and fortitude. It is the wedding of Ema and Riccardo, who chose to share an exciting show of artfully worked sand with their guests.

When I met Ema and Riccardo I immediately understood that I would make the dream of a special couple come true. Listening to their life story and their love story, I was immediately moved. Ema, a former model, tired of living a “misrepresented” life, made up of exteriority and unsubstantiality, felt the need for change.

That’s why she began a spiritual journey to find herself and her positive energy. She looked within and understood how to genuinely love herself. Hence the idea of sharing her positivity and authenticity with other women, even for her wedding day. 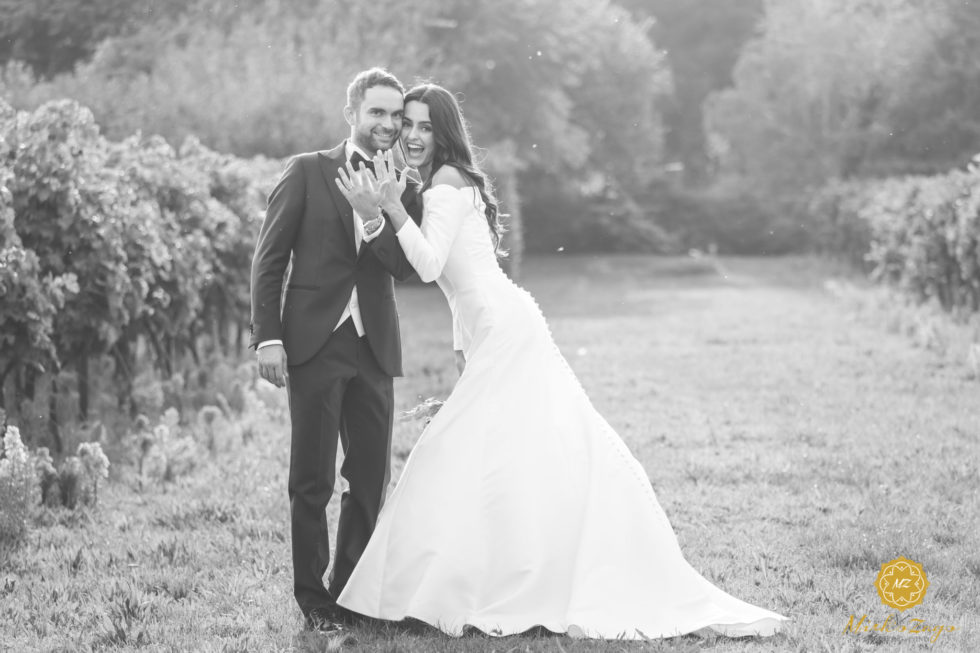 “Never give up and always look for new ideas”. Ema’s message was clear. Listening to Ema’s tales,asweet and gentle bride, I felt a mix of incredible sensations. I wanted to give them a wedding capable of moving them just like they had done with me.

And in that moment an idea appeared before my eyes: a show involving sand drawing. I had seen a performance on TV some while back: a show that had stuck in my mind and heart, for its strong emotional message, for its peculiarity and originality, as well as the stories told together with the music.

I immediately understood that this show would be perfect for Ema and Riccardo’s wedding. 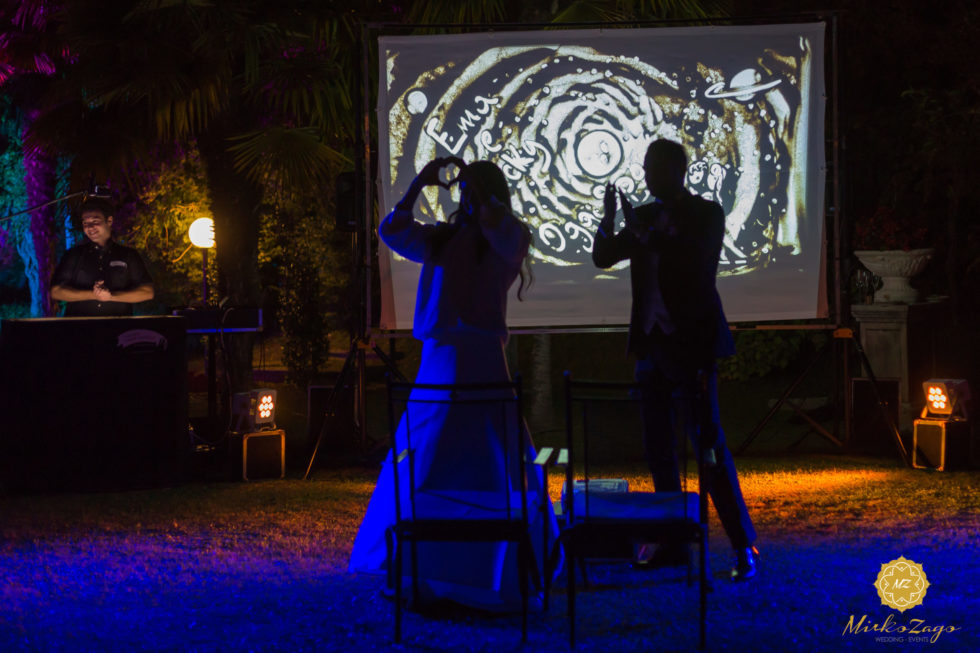 I had already imagined how to organise the show for Ema and Riccardo’s wedding: I wanted it to be the opening event after dinner, before cutting the cake. And so, it was! The couple were happy and amazed at the idea. I had hit the mark!

So, we moved on to choosing the professionals to whom the performance of the show should be entrusted. I will never forget the feeling and the satisfaction in seeing my idea created for the spouses. It was the first time that I had offered such a show. 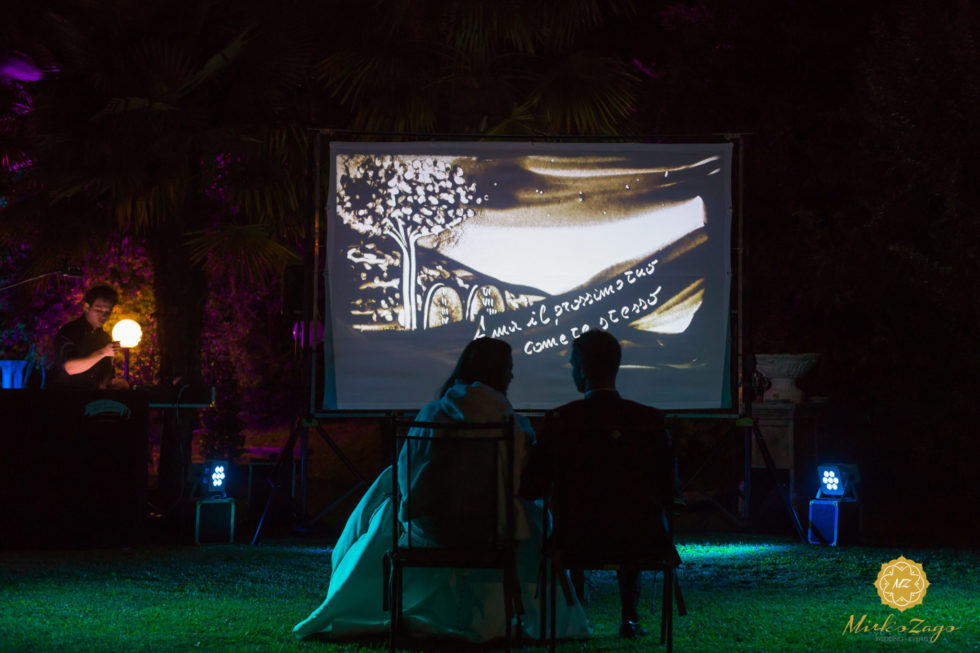 The show was extremely popular with all those present: the images of sand and light flowed in time with touching and emotionalmusic before everyone’s astonished eyes. An incredible show, capable of surprising all guests: a genuinely exciting surprise effect.

With the captivated guests, the sand magically took shape by communicating positive messages, and wishing good wishes to everyone. Ema and Riccardo wanted to involve their guests by sharing with them the beautiful values of altruism, kindness, and joy for this special gathering.

Sentiments perceived by all the guests who, throughout the event, did nothing but congratulate the couple. A splendid day full of values. It was a real honour for me, making the dreams of such a beautiful couple like Ema and Riccardo come true. 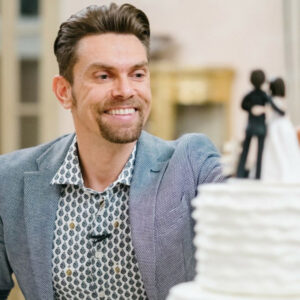 MATRIMONIO BOHO CHIC: Idee, consigli e must to do

MATRIMONIO BOHO CHIC: Idee, consigli e must to do